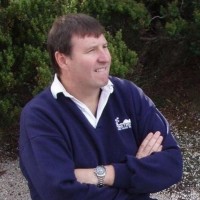 Tim has worked in Museums for the past 29 years, in collection management, policy development, project management, information technology, multimedia development and senior management. He studied Architecture and Archaeology at Sydney University, graduating in 1987. In 1997 he was appointed National Project Manager of Australian Museums On Line (AMOL). In 1999 he became Chief Information Officer at the Powerhouse Museum, establishing a new division and executive role. In 2001 was appointed Director of Information, Multimedia and Technology at Museums Victoria, once again establishing a new division and executive role. Tim was involved in the establishment of the Australian Registrars Committee (ARC) in the early nineties and has been an active member of Museums Australia for the last 17 years. Tim was Director of Public Engagement at Museums Victoria for six years leaving to join Auckland War Memorial Museum in 2017 as Director of Public Experience. Tim is passionate about the positive role technology can play in driving change and innovation in museums, we are all living through a period of significant change largely driven by technology - lets enjoy the ride while we re-shape our museums and redefine our role within the community.