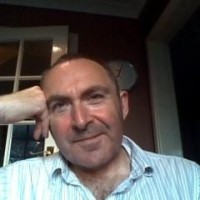 Jon Pratty is currently a postgraduate student at the University of Sussex on the Cultural and Creative Industries MA course. He is preparing a PhD project which will develop a 25 year 'Family Tree' of key personnel in the Brighton digital cluster, expressed as database and as a book project.

Jon has just finished six months working in an #edtech startup, MakerClub, and before that, from 2015 to 2017, was Creative Network Programmer at Ideas Test, a creative technology and community arts space in north Kent.

From 2010 to 2017 Jon was Relationship Manager for Creative Media at Arts Council England. He worked directly with cultural organisations throughout the South East. From 2011 he was responsible for initiation and development of Brighton Digital Festival, and more recently was founding Chair of the CIC that administrates the Festival.

Jon was Editor of the 24 Hour Museum website from early 2001 to 2007, by which time the site had re-branded as Culture24. A trained journalist and editor, Jon took the site, established in 1999, from 25,000 visitors per month to well over one million visitors per month in 2007, winning many awards on the way.

As a freelance producer he is currently developing culture, tourism and open data projects, as well as live streaming arts programming and creative digital accessibility projects with learning disabled artists.